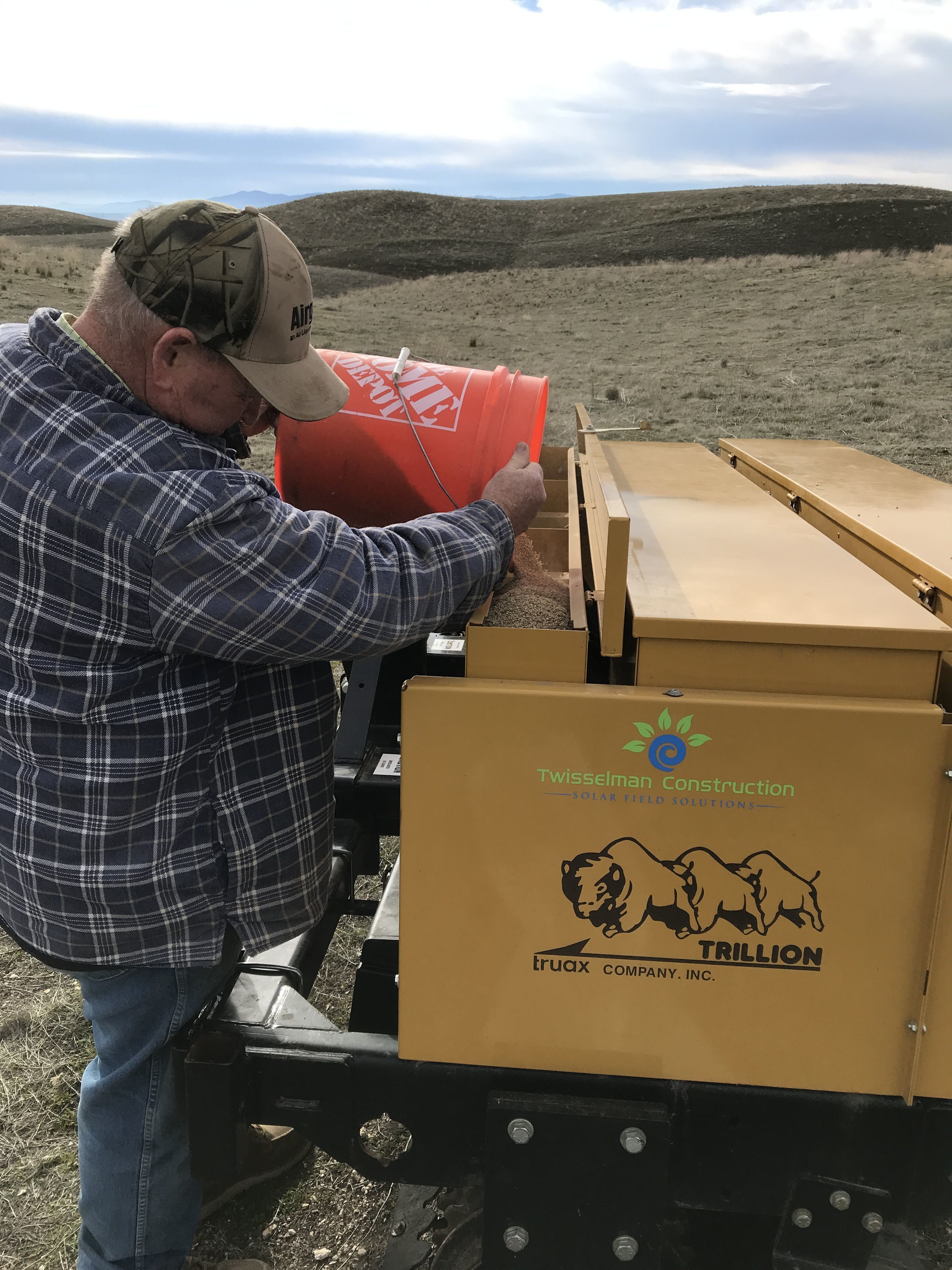 In Carrizo lands that are now owned by Sequoia Riverlands Trust that were intensively farmed prior to ownership, there is an effort to plant shrubs to improve the habitat for multiple species of wildlife. Recently Sequoia Riverlands Trust planted 50 pounds of saltbush and bladder pod seed in the foothills of the Temblor Range earlier this year with contracted help from Twisselman Construction.

Previously, Twisselman Construction had been hired by HT Harvey and Associates Ecological Constultants for 70 acres of shrub seeding in 2019 on property where SRT has its Carrizo headquarters. The Twisselmans invested in new rangeland planting equipment (Truax Trillions skid steer/three point seeder) though they have been planting Atriplex for many years, primarily for improving California Quail habitat. Plots are disked first, then after seeding a ring roller is used to improve seed-soil contact.

Joel Twisselman’s father, Darrell Twisselman, drove up to survey the shrub seeding project and offered SRT valuable suggestions on planting locations and tips on successful shrub growth. Primary among his suggestions was that cattle should not be allowed to graze the area for several years and he added that sometimes poorer soils with less grass competition allow small shrubs to compete for limited water and nutrients. Some of Darrell’s saltbush plantings can be seen off of Highway 58 near a set of corrals on the Twisselman’s property.

On other property owned by Sequoia Riverlands Trust in the Carrizo Plain there has been a multi-year effort to plant saltbush and bladder pod. Led by HT Harvey and Associates Ecological Consultants, the experimental plots have done well, however recent drought conditions are limiting germination. Ken Lair, former lead restoration ecologist for the U.S. The Department of the Interior Bureau of Reclamation was hired as a consultant and Twisselman Construction did the disking and seeding.

Very successful examples of shrub farming for habitat restoration can be found at the Bureau of Land Management’s Atwell Island near Alpaugh on the edge of the old Tulare Lake and Ton Tache Lake. Former cotton fields were planted with saltbush, bladder pod, and alkali golden bush plus phacelia and goldfields. Atwell Island is now an excellent habitat for kangaroo rat species; the rare Tipton and more common Heermann species are both found there. The endangered buena vista lake shrew is also found at Atwell Island because of the incorporation of small wetlands.