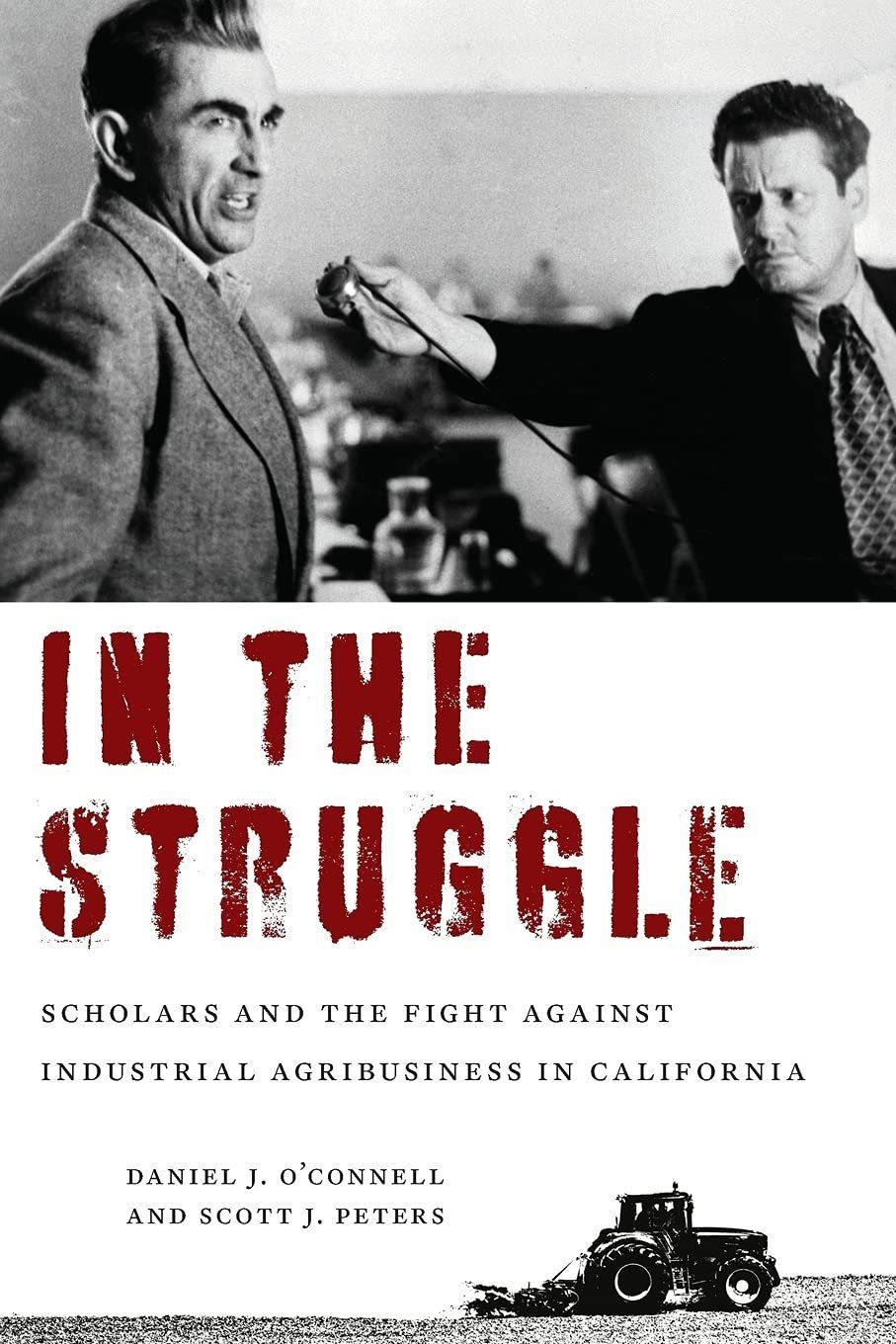 Former SRT staffer Dan O'Connell, PhD and his newly-published book In the Struggle brings together the stories of eight scholars, documenting their views on industrial-scale agribusiness in California. The book details their research that was previously censored and suppressed, together including stories of their intimidation, accounts that are published here for the first time.

In the Struggle tackles the complicated issues of water rights, labor organizing, and compromised democratic principles and public institutions. As California’s rural lands increasingly fall into the hands of corporate interests after almost a century of empirical evidence and published research, O'Connell and co-author Scott J. Peters make clear their finding that land consolidation and economic monopoly are fundamentally detrimental to democracy and the well-being of rural societies.

Dan served as SRT's first Farmland Director, and later went on to found Central Valley Partnership, where he is Executive Director.

In the Struggle is available on Amazon and at independent bookstores everywhere.