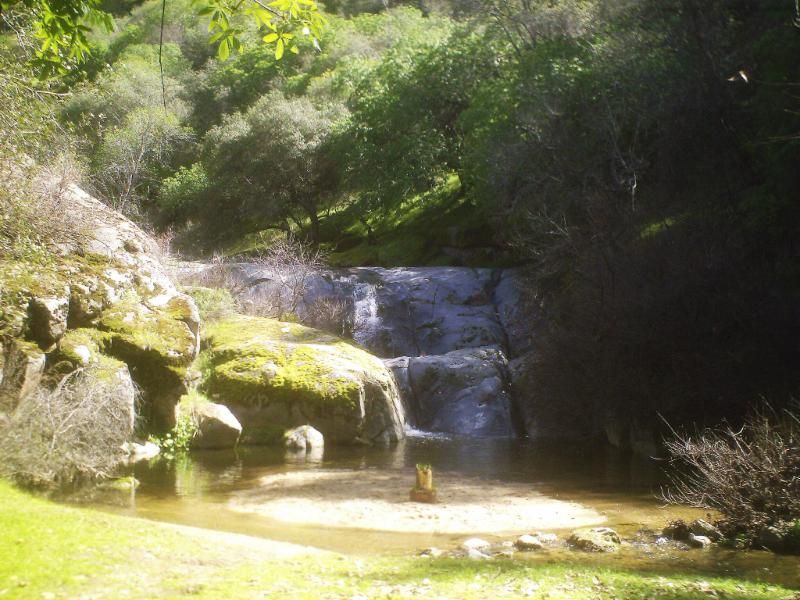 (THREE RIVERS, CA) - In some cases years in the making, SRT has gained new conservation ground recently and is celebrating the advance in protected lands.

"The Craig Ranch project was years in the making involving many key agencies and, of course, the landowners," said SRT Conservation Director Hilary Dustin. "We're grateful that the catalytic effect of SRT's leadership resulted in this project coming to fruition."

Dustin cited longtime SRT supporter Dale Lincoln as a key force whose vision helped make the dream a reality. "SRT's role was a catalytic one in conserving this magnificent Craig Ranch land," said Hilary Dustin, SRT Conservation Director. "We conceived and shepherded this project over many years, bringing the land owner together with Save the Redwoods League and the federal Bureau of Land Management. But we could not have done so without the vision and determination of Dale Lincoln, who is among our most ardent donors and the primary funder of SRT's efforts on a project from which SRT does not benefit financially," Dustin added. "So Dale and this land are both true conservation treasures."

Under SRT guidance, Save the Redwoods League was able to acquire then donate the land to the Bureau of Land Management (BLM). The action is a big step toward improving access to public lands at Case Mountain. Approximately 65 acres of land owned by heirs of the late Ollie Craig have been purchased. The property is now owned by the American public, to be managed by the Bureau of Land Management.

The donated land, which includes a creek threading between rolling hills and majestic blue oaks, will be managed as a part of the Kaweah Area of Critical Environmental Concern (ACEC). Case Mountain, which is part of this ACEC, includes towering stands of giant sequoias. The ACEC is a popular destination for the local community for walking, mountain biking, and equestrian use. BLM's Bakersfield Field Manager Gabe Garcia noted "This action has been years in the making and we want to thank our partners who made it possible. With this donation we will be about to provide recreational users a better overall experience and give the general public the opportunity to see one of the most unique areas of public land in the nation.

In 1993 Ollie Craig sold 1,000 acres to BLM. She described it as a "little piece of heaven" with all kinds of wildlife, land that she wanted to keep natural. By selling this contiguous property to the Save the Redwoods League, the Ollie Craig Trust has expanded Mrs. Craig's legacy.

The Save the Redwoods League, SRT, Ollie Craig Trust, and BLM discussed this transaction for nearly 10 years. The donation will facilitate the development of improved parking and access to adjacent public lands. Development will focus on alleviating existing parking problems and enhancing the experience of visitors.

In other developments, Greenleaf Farms' Cactus Corner property and the Harris-Peterson family's Grand Island Farm, a family farm since 1914, are now conserved, thanks to SRT.

The Grand Island Farm's location - on the west side of the Kings River and within two miles of the towns of Parlier's and Reedley's spheres of influence - makes the farm a desirable location both for development and bringing produce to market, pressures which made its conservation essential. The Kings River, which has a vast watershed extending into Kings Canyon National Park, flows amid the most productive farmland in Fresno County east of Highway 99. It drains from the Sierra Mountains giving Grand Island Farm high soil quality and reliable irrigation water. Nearby critical processing and marketing infrastructure have created a highly productive region for Grand Island Farm's crops. Plum, nectarine and peach orchards and has been certified organic for the past five years.

Cactus Corner was highly desirable as conservation land for the strategic buffer it provides between Sanger and the Kings River. A 177-acre ranch planted in almonds, the land is owned by the Cactus Corner Partnership and managed by Greenleaf Farms owner John Colbert, a former SRT Board Member. Colbert and his partners are committed to keeping their large portfolio of farmland in active production and see agricultural easements as one way to extract capital and reinvest in their farming operation. Central Valley Farmland Trust holds an agricultural easement on one of Colbert's farms in the north valley, so he is an experienced conservation partner.

Cactus Corner is irrigated with water from the Kings River Water District and groundwater wells. All of the farmland managed by Colbert supports local agricultural suppliers and businesses. Like Grand Island Farms, Cactus Corner is located along the Kings River in Fresno County and therefore has arguably some of the best soil found anywhere in the world.