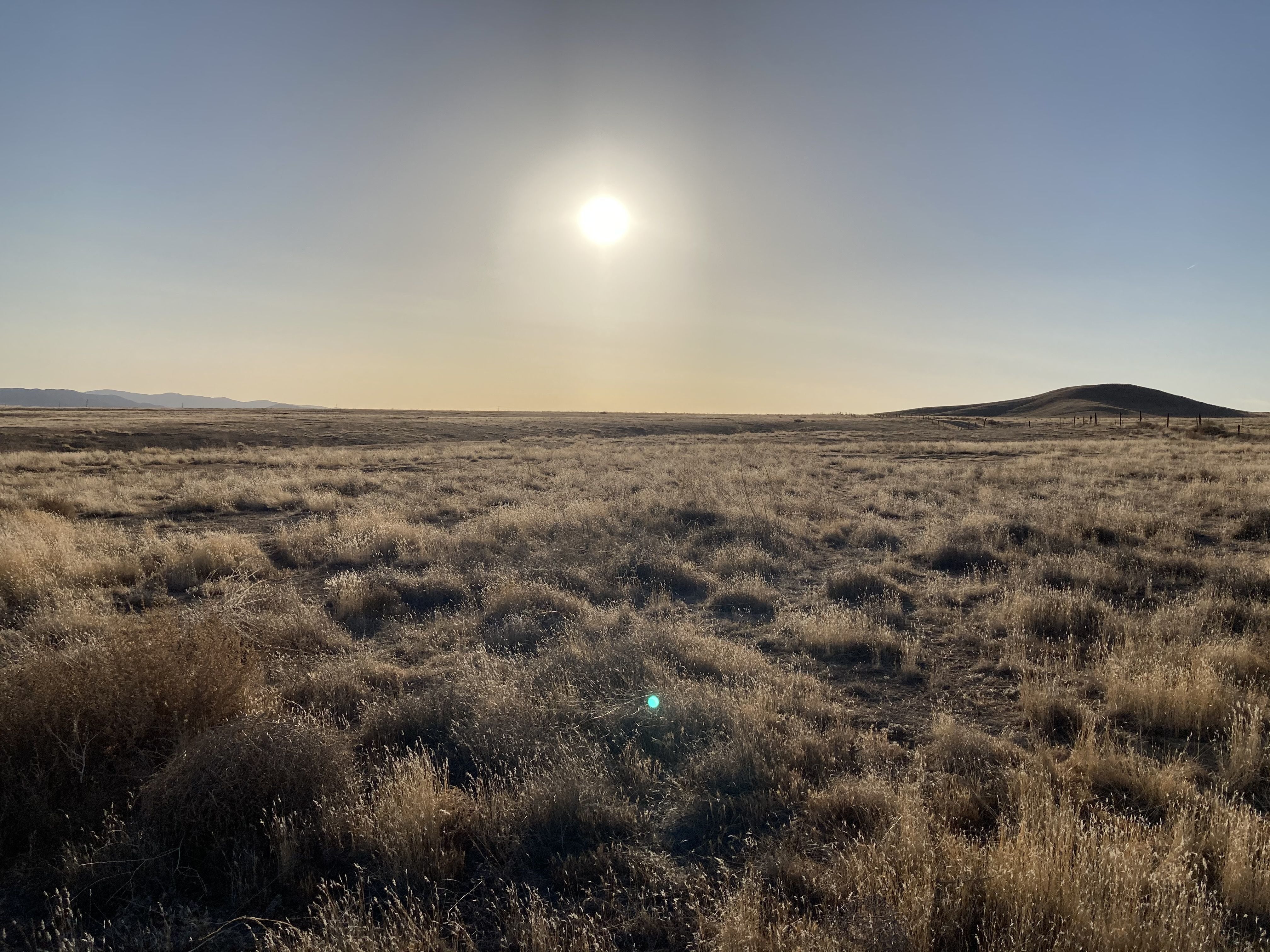 A model for responsible adaptation-humans and the environment

By Ben Munger with Camdilla Wirth

In the northern Carrizo Plain, where Hwy 58 crosses from east to west, two large and fairly recent solar developments are visible: the Topaz and California Valley Solar Ranch (CVSR) projects encompass almost 20,000 acres of panels, roads, and substantial fencing. They all lead to a large transmission line from San Luis Obispo to Bakersfield.

These solar farms were controversial when proposed and constructed in the 2010s because the northern Carrizo Plain was considered a place with little development and known endangered species–mainly the Giant Kangaroo Rat and the San Joaquin Kit Fox.

The development that had occurred was dryland farming, cattle ranching, and an ambitious and mainly ignored development called California Valley. Solar development sputtered to life in the 1990s then confidently grew in the 2000s, reaching a truce with major environmental groups and San Luis Obispo County. Creation by solar companies and environmental groups of a conservation/development approach that was acceptable to locals was the plan’s worthwhile objective.

Sequoia Riverlands Trust began work for both Topaz and CVSR in 2015 doing biological surveys on lands set aside as mitigation for solar development. The mitigation lands were in the foothills of of the Temblor Range north of Hwy 58 in areas with little known activity by Giant Kangaroo Rat and San Joaquin Kit Fox, but studies by wildlife biologists suggested that these endangered species would expand, given the right habitat existed, coupled with appropriate land management.

What happened next was anticipated by some and surprising to others: the Giant Kangaroo Rat and the San Joaquin Valley Kit Fox were accommodated into the solar developments by innovative fencing and management. The Giant Kangaroo Rat also then expanded into the 8,454 acres of mitigation lands north of Highway 58, where previously they had not been documented. By 2018 SRT had reorganized the mitigation lands into ranches with water and wildlife fencing to accommodate pronghorn antelope and elk, ostensibly to allow moderate levels of grazing with cattle––critical to Giant Kangaroo Rat and San Joaquin Valley Kit Fox habitat. In 2019/20 SRT added 3,332 acres of conservation lands surrounding the CVSR development and 5,886 acres of fee title lands, including the old King Ranch in California Valley and parcels in the Southern Carrizo Plain.

If you are counting, that is 17,776 acres of critical endangered species habitat that SRT owns or manages in the Carrizo Plain––all related to solar development that was carefully managed, planned, and continues to be learned from by SRT wildlife biologists and land managers with help from California Division of Fish and Wildlife, Cal Poly San Luis Obispo, H.T. Harvey and Associates, the Carrizo Plain Conservancy, and important cattle lessees.

Giant Kangaroo Rats are not just endangered but also considered a keystone species because their extensive underground burrows, grazing and seed caching behavior have a significant effect on plants and other animal species, including increasing plant productivity, altering plant species composition, and increasing and abundance of other animal species. Thus, increasing Giant Kangaroo Rat presence on the mitigation lands benefit not just these animals exclusively but the surrounding ecological community as well.

SRT biologists have used a variety of methods to confirm Giant Kangaroo Rat expansion into the mitigation lands: by observation and satellite imagery, and by conducting transect surveys to confirm the presence of burrows and mark recapture studies in 2018 and 2022 where individual animals were captured, permanently marked with PIT tag with a unique number (much like a microchip you can get for your pet dog or cat), and then recaptured in order to estimate their population––and it’s good news all around. We found more Giant Kangaroo Rats in 2022 than in 2018, suggesting that the species continues to increase in population size on our SRT managed mitigation lands.

As we move our power generation towards renewable energy, the example of California Valley Solar Ranch and Topaz Solar is a model, not of single species success, but success of an entire community of wildlife in the Carrizo Plain that continues to be well managed and learned from as we negotiate the changes in climate stability in California.