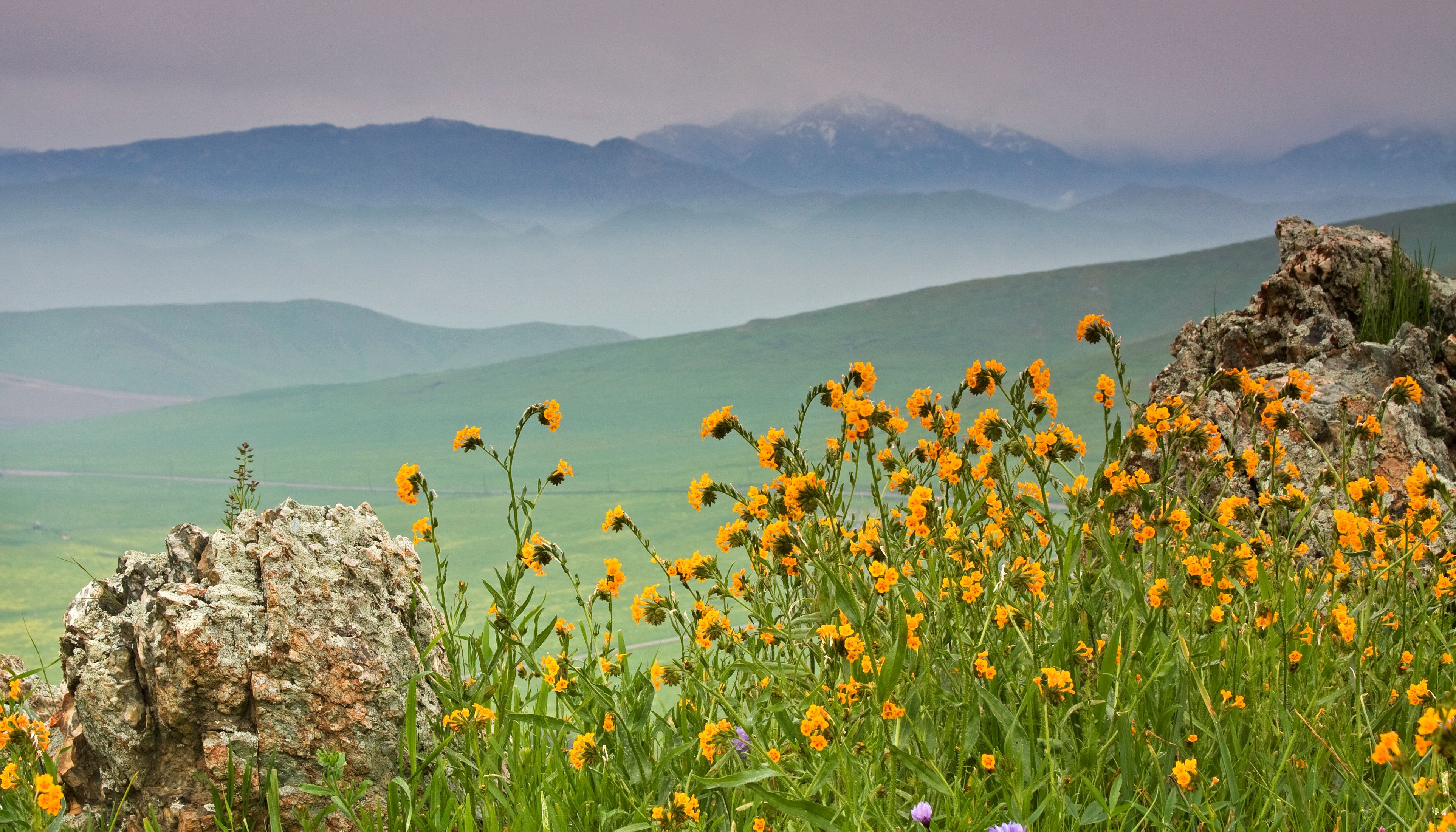 "The flower that blooms in adversity is the most rare and beautiful of all."

Lewis Hill Preserve is the smallest of SRT's six Tulare County preserves, and possibly the least well known. Tucked in between cattle and small farms, the "hill" rises above the ag land to offer amazing views, and something even more rare: Unusual wildflowers.

That's why every spring, SRT opens up Lewis Hill for a wildflower walk so we can see some species found only in a few places in southern Tulare and norther Kern counties. The striped adobe lily blooms first, in late February, then disappears. Later in spring, the adobe sunburst will burst out and cover the preserve. Both species are rare and losing habitat quickly.

So on Saturday, Feb. 25 at 9 a.m. we will do our annual walk, led by the National Forest Service's Fletcher Linton, giving a rare look at some pretty special flowers. In addition to the rare lily, we'll see plenty of other, more common California species such as fiddlenecks and poppies.

When we reach the top, we switch gears and fly kites, as it's almost always breezy up there. Bring your own kite, we may have a few extra to lend out.

The hike is open to the public; a similar hike next month will be by invite only, so if you want to see Lewis Hill you don't want to miss this day. Cost is $10 for SRT members, $15 for nonmembers; students can attend for $5 and anyone under 12 can attend for free.

The hike up the hill is not terribly strenuous, but does take some effort, so make sure you dress the part and wear sturdy shoes, a hat and long pants - we have seen rattlesnakes at Lewis Hill on previous walks, but they avoid us if we avoid them. Bring snacks and water as well.

The preserve is located just north of Porterville. From Highway 190 in Porterville, exit at Plano, one-and-a-half miles east of Highway 65. Drive north four miles to the crest of the first hill. From the north, take Highway 65 to Avenue 196 at Strathmore, and head east to Lynch/Road 256. Turn right (south) and follow the road until you reach the preserve.

The preserve is on the west side of the road. Park along the roadway at the top of the hill. Carpooling is encouraged.