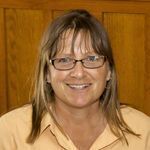 Growing up in Buffalo, New York, Nancy had many great adventures in the natural world during family camping trips in Canada and the northeastern United States. From a young age, she was encouraged to spend time outdoors and practice sound environmental stewardship. However, after earning her Master’s degree, she found herself in an “inside” career, and longed to spend more of her life outside. Deciding that she needed a change, she moved to California to serve as an intern at Tulare County Office of Education’s School of Science and Conservation (SCICON). Through this position, she realized her love for environmental education.

Following her introduction to environmental education at SCICON, Nancy became an instructor at the Yosemite Institute (now NatureBridge) for over four years, and spent summers working as an instructor of climbing, mountaineering, and alpine natural history for the Colorado Outward Bound School. It was during those years that she met her husband, Mark Aspery, a widely acclaimed blacksmith and author. In 1996 they traveled to South Africa and led Zulu students on two-week expeditions through their homeland.

After their return to the U.S., Nancy became a naturalist and volunteer trainer for a nature center in Golden, Colorado. In 2000, she accepted the position of education coordinator at SCICON’s Circle J-Norris Ranch, starting a 21-year career which has enriched the lives of many thousands of Tulare County students. As SCICON’s lead teacher at Circle J-Norris Ranch, Nancy developed field study programs, worked closely with UC Merced on programs involving the field station on site, and collaborated with student interns participating in the program’s oak mortality research. By her retirement in 2021, over 8,000 students had benefited from Nancy’s enthusiastic lessons.

In addition to her environmental work through her job, Nancy also went above and beyond to help the environment and local community on a larger scale. A long-time supporter of Sequoia Riverlands Trust, Nancy served on one of SRT’s first Board of Directors, and continues to be a valuable connection for SRT’s education department in her volunteering of knowledge, time, and wisdom. She is also a member of the Sequoia Environmental Education Directive (SEED). Even in retirement, she continues to be involved in environmental efforts and education across the county. As friend, colleague, and fellow Alan George Conservation Award recipient Rob Hansen describes, “Nancy is an exemplary champion of environmental conservation and sound stewardship of natural resources for all the citizens of Tulare County.”

Nancy currently lives with her husband in Springville, CA.